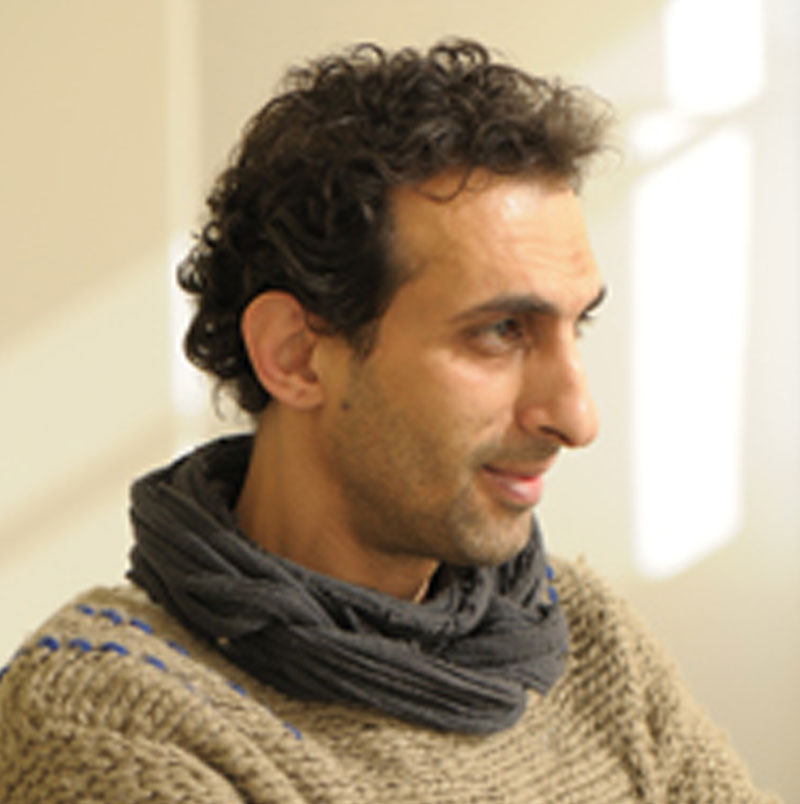 Marwan Rechmaoui was born in Lebanon, in 1964. Deriving inspiration from the geography and rich cultural history of Beirut, Rechmaoui’s work often reflects themes of urbanization and contemporary social and behavioral demographics. He uses industrial materials such as concrete, rubber, tar and glass to create tactile works on a large scale.

Rechamoui’s works have primarily focused on local landmarks, such as a reproduction of the modernist Yacoubian Building in Spectre (2006); and A Monument for the Living (2001), a large-scale architectural model of the derelict Burj Al Murr, which towers over downtown Beirut. His UNRWA series (2011) includes hand drawn maps on concrete, wood, and tin from Palestinian refugee camps in Lebanon, and a series of found objects exposing different cluster munitions collected after the 2006 war in Lebanon. 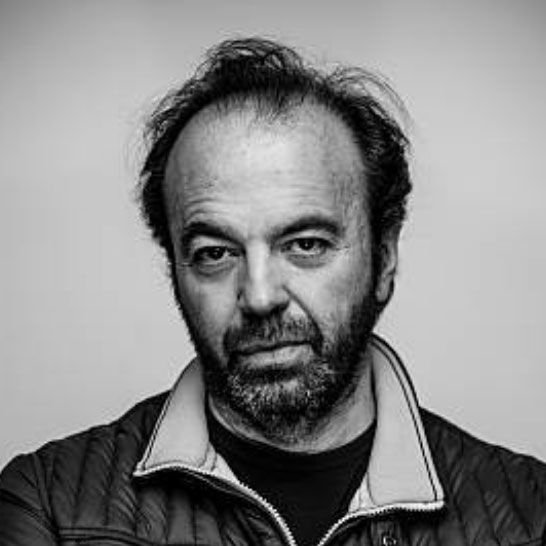 Born in Dakar, Senegal. In addition to making his own films and video works, Ghassan Salhab collaborates on various scenarios and teaches film in Lebanon. He has directed six feature films: Beyrouth Fantôme, Terra Incognita, The Last Man, 1958, The Mountain, and The Valley… all films have been selected in various international film festivals — in addition to numerous “essays”, and different “video works”, including (Posthumous), Chinese ink, Son Image, and recently Le voyage immobile, with Mohamed Soueid.… In 2016, he was a DAAD (Berlin) guest-resident. 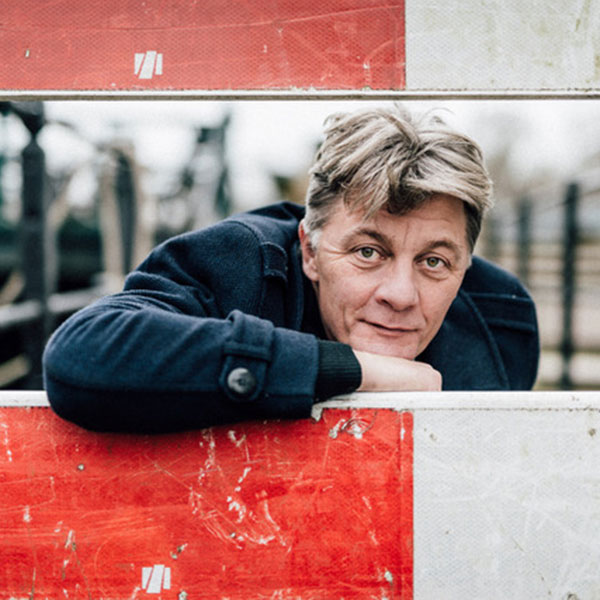 Chris Keulemans (Tunis, 1960), is a traveling writer, journalist, curator and moderator. Until September 2014, he was the artistic director of Tolhuistuin, a new arts centre in Amsterdam. He grew up in Tunis, Baghdad and Jakarta, before settling in Amsterdam. There, he founded the literary bookshop Perdu, in 1984. During the nineties he worked at De Balie, centre for culture and politics in Amsterdam, first as a curator, later as director.

For his work as the founder of Tolhuistuin he received the honorary pin of the Amsterdam city council and was appointed as the chronicler of the Northern part of town. In 2017 and 2018 he is performing, with Enkidu Khaled, on stage in the documentary theatre play Baghdad. Currently, he works as a mentor and moderator for the Central European Forum, European Cultural Foundation and Trans Europe Halles. 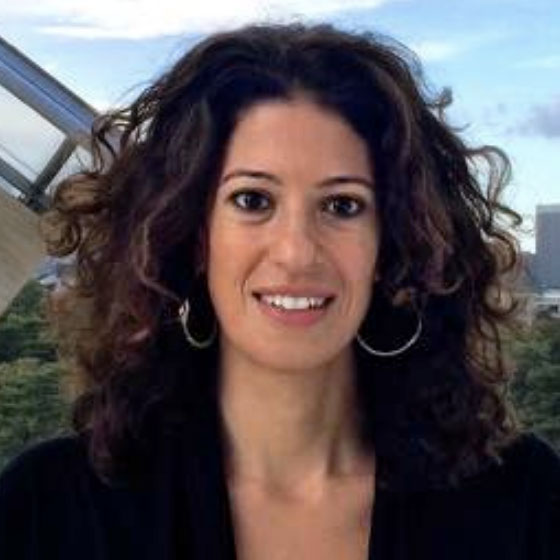 Amira Solh is an urban planner in Beirut. With a background in Sociology from AUB, she obtained her Masters in Regional Planning at Cornell University in 2000. Amira has worked on developing community planning tools to empower citizens, natural resource management and poverty alleviation in various Arab countries.

She has been working on the urban planning of the Beirut city center at Solidere, the Lebanese company for the Development and Reconstruction of the Beirut Central District, since 2002. 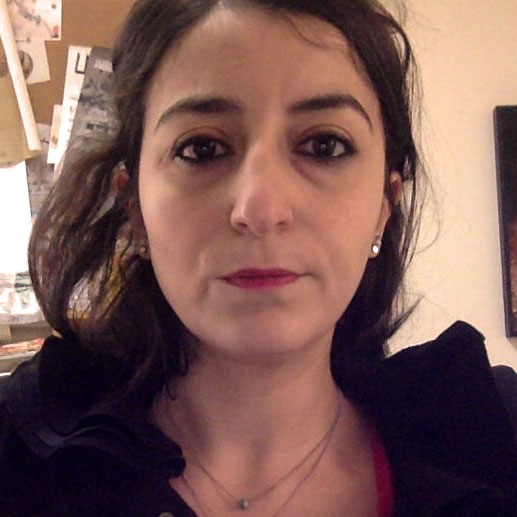 Born in Beirut, Lebanon, in 1981, where she currently resides, Maya Chami obtained a BS in graphic design from the Lebanese American University and completed a MA in digital arts at Camberwell College of Arts at the University of the Arts, London, UK. With a varied portfolio of graphic design and digital arts, her works include commissioned and personal projects, in addition to collaborations.

The live audio-visual animation created by Maya “Transitional Digital Objects” (2011), and presented in Beirut, London, Munich, and New York, explore the transitional aspect of digital objects in relation to autobiography. “Of Men, Champagne and Victory Aside” (2012), presented in Beirut and New York, offer a playful examination on the theme of the ‘victory sign’ in the Arab world.

Commissioned and collaborative works include “Au Quotidien” a digital moving image video presented in Chouftouhouna Festival in Tunisia, “Synapses 0” at Dawawine Beirut and in Clermont-Ferrand’s “Literature and Cinema” festival, videos for the set of “A Memory for Forgetfulness”, a play presented in Krefeld, Germany that was produced and directed by Maya Zbib of the Zoukak Theater Company and Cultural Association in Beirut. Other such works include an animated video collaboration with artist Dia Batal entitled, “What Myriam did not forget” presented at the Mosaic Rooms London and iconic works commissioned by artist Marwan Rechmaoui for the “Blazon” project presented at Home Works 7 in Beirut.

In 2018, she curated the exhibition “Keyword: Palestine”, An Art Exhibition and Auction in support of the Institute of Palestine Studies which took place at Dar El-Nimer in Beirut and virtually keywordpalestine.com 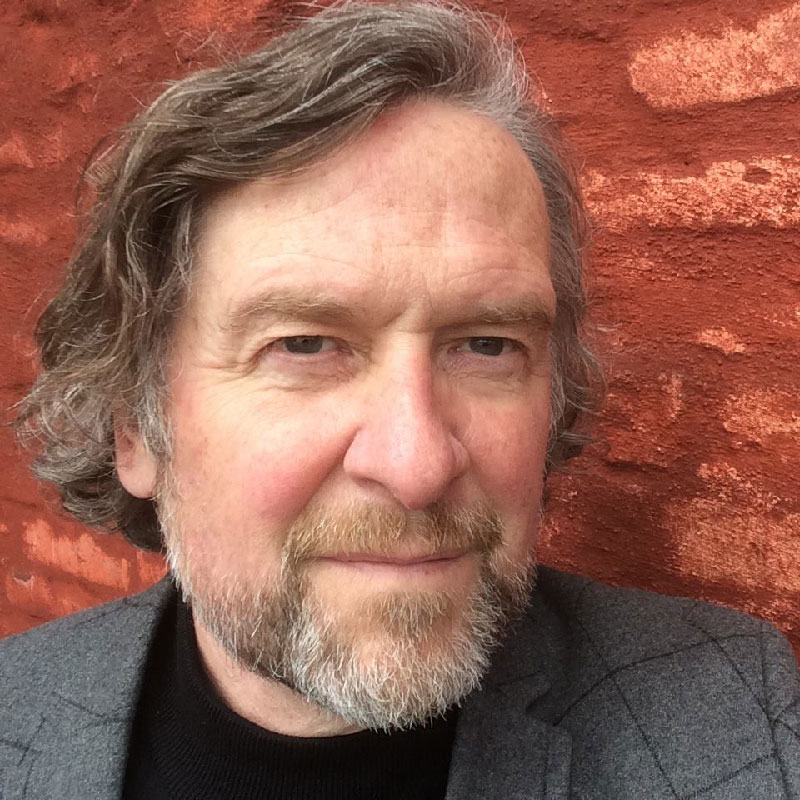 Born in 1958, in the North of England, Andrew Fundingsland has lived and worked in Japan, The Netherlands and Norway, where he now teaches Business Communication, Cultural Anthropology and Global Economy at BI Norwegian Business School, in Stavanger. He is also an experienced trainer and educator in global organizations, as well as a specialist in executive search and selection, through his own company and also in collaboration with Boyden Executive Search. He has a Masters in Human Resource Management and is a Graduate Member of the UK’s Chartered Institute of Personnel & Development.

After an early career in public education, collaborating with UK zoos, museums, botanical gardens and art galleries, he travelled to Japan on a scholarship to study the Japanese fencing art of Kendo and was awarded the grade of 3 rd Dan. Over 12 years in Japan, he worked in intercultural and pre-departure training for Japanese professionals posted overseas and in recruitment, for foreign companies building their organisations and management teams in the Japanese market.

In the Netherlands, he taught media communications, media ethics and media history to students at Webster University’s Leiden campus and participated in a successful mobile media exchange program with the Lebanese International University (now BIU), in the Spring of 2010. In his summer documentary courses, he worked with Leiden-based students on interviewing families from the Baghdad area facing forced return from the Netherlands, after failing in their asylum applications.

His work in Norway has included projects for the government and public sector, helping to bring experienced foreign talent to Norway, to assist with local transport planning and to promote open science and open data access in social sciences, across 16 EU & EEA member countries. He has also provided ‘pro bono’ support to major NGOs, seeking new leaders for key projects in the world’s conflict zones, and supports local initiatives for youth entrepreneurship and start-ups. Living close to the sea and the mountains, Andrew takes every opportunity to pursue his interests in landscape photography and music, playing traditional Irish and Scandinavian music for local dancers.